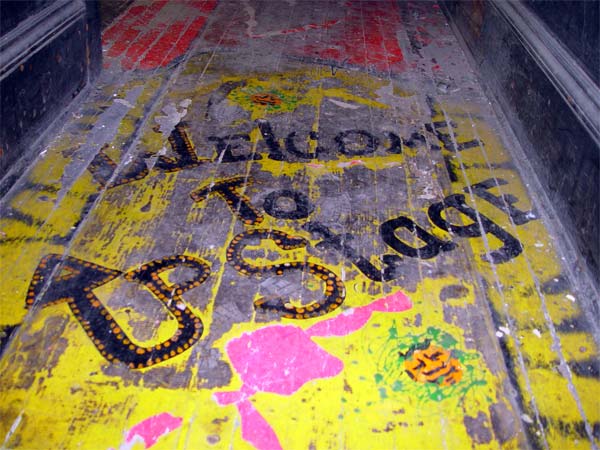 Anything Anything with Rich Russo, gives you what most likely is the final opportunity to ever see and be inside of the legendary Upstage Club in Asbury Park, before the building is gutted.

The Upstage club, located at 700 Cookman in Asbury Park was the launching pad for the Jersey Shore sound of Bruce Springsteen, Little Steven Van Zandt, Southside Johnny and numerous others who honed their skills via late night jams at the club.

Although the building has been in bad shape for years and efforts to resurrect it have fallen short, numerous elements of it are still there, some of the wall murals, and other paintings still are visible, as is the original stage.

The building is for sale and most likely any new owner will gut it. Some of the pieces will be saved and preserved and hopefully displayed elsewhere.

“If you are a fan of the great music that Asbury Park has given us, stepping inside the Upstage is our version of visiting the Cavern Club in Liverpool, but this is even rarer, since it’s not a museum and hasn’t been readily available since it shut down in the 70’s, it’s truly something that money can’t buy, and it will be free to about 20 contest winners via my radio show” said Russo

“Winners will get to take pictures, stand on the stage, visit the Green Mermaid area on the second floor, it will truly be a special thing, you will get goosebumps, especially after you realize that once you leave no one will ever see it in that form again. I also realize that the fans of Jersey Shore sound are worldwide and since the stream of my Jersey stations are limited to the tri-state area, I will be giving away 1 pair of passes away via my show on White Plains’ 107.1 The Peak which airs at 9pm Sundays and streams worldwide as well as giving a pair to good friend and host of the longest running Bruce Springsteen radio show ever, Tom Cunningham’s Bruce Brunch on 105.9 The Hawk which airs 9a-11am on Sunday Mornings and also streams Worldwide.” Russo added

The bulk of the passes will be given away on the radio this Sunday night march 22nd via  Anything Anything with Rich Russo which airs Sundays 10pm-12m  on 95.9 WRAT-FM, and also 11pm-1am on 105.5 WDHA-FM. The Stations can be also streamed throughout New Jersey, New York and Pennsylvania. This is an exclusive Anything Anything event

The winners will be notified within a few days of the contest and the visiting of the Upstage will happen no later than April 5th. There is no purchase necessary. This prize has no monetary value. There will be no special guests, no music, no souvenirs available, no food, no drink, this will be about a 30 minute walk through and no one other than those on the list will get the opportunity. 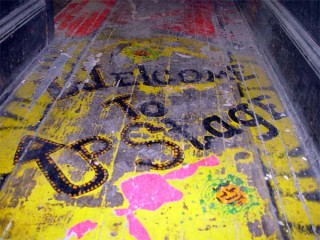