Why the Strokes are a waste of time….

Since I’ve started my radio show, I’ve been very vocal about my dislike of a few bands. And like everything else, some people agree with my thoughts, others don’t. That’s the great thing about music, everybody likes something different, and unlike sports where you may root for one team while hoping every other team fails, music is not like that.

Despite my well documented distain for Kings of Leon, Pete Yorn and the Strokes, I don’t root against them selling records, I actually hope they do, I hope every artist sells millions of records, it’s better for all of us if tons of records get sold.

I also don’t have a problem with an artist to get established they cash in every friend and family connection “chip” to break through the clutter. It’s part of most everything in life, even in the workforce. Some people may get a job because of their connections which causes a better candidate to be left in the cold. In music a better album may not get heard or promoted. I fully understand all of that.

But this is where my problems lie with certain bands, once you cash in the “chip”, or daddy or your brother helps you out, you need to DELIVER or please go away and don’t keep re-cashing the same “chip”.

The problem is not with the initial push to get them out there by using the “chip”. It’s the constant reusing of the “chip” after they’ve failed. I feel that effort should be afforded to another band who might deserve the opportunity.

None of those 3 aforementioned have DELIVERED a body of work to justify the endless pre-fab hype and none has DELIVERED a landmark start to finish great album.

Let’s use the Strokes as an example, all rich prep school kids, some with very influential daddies etc.

I have no problem with that.

They make an album that no US label wants.

No problem it happens all of the time.

They release it overseas and daddy’s friends in the fashion world start to manufacture some hype.

That hype and maybe even some cash along the line gets the album released here.

The album is mediocre but the “chip” cash in hype pulls out all of the stops and makes it a hit.

Still no problem, it happens all of the time.

After that, when the next album comes out, it needs to stand on it’s own merit. But as is the case with the Strokes, merit is out the window and the same “chip” cashing gets used over and over. Endless coverage, and of course the album is worse than the predecessor and the same drill happens with album three.

And yet here we go again with album four, the media barrage, the blogs, the mag covers, the SNL appearance. But this time no one is biting that hard, they realize it is all hype with no substance and 10 years down the road, the models don’t care anymore, they dig the skinny jeaned bearded flannel guys now.

So the Strokes are in a panic, they put tix on sale for MSG, and uh oh, it doesn’t sell out, despite the “generous” hold back.

And by the way Julian says he doesn’t want to tour anyway (and when they do finally play a gig, at sxsw, it’s a whopping 75 minutes!!!, or the equivalent of a Springsteen or Pearl Jam encore, who charged similar prices for MSG)

The songs started to drip out, it’s not really a leak if people aren’t seeking them, and no one is digging any of it. Then they Stream the full album before the on-sale. That’s an interesting tactic because if this album is so anticipated wouldn’t you want to sell it? I mean look at Gaga, she didn’t stream or make free her Born This Way single, and it’s still selling big 5 weeks later. What the Strokes have done is to create an excuse for what undoubtedly will be lousy sales. “of course it didn’t sell well, we gave it away for free” and besides the point, Julian said he only thinks 60% of it is good anyway!! Hey Jackass, if that’s the case release an EP not an album. But good news folks, they are already working on the next album, hopefully daddy can buy Julian a passing grade of at least 75%, 60% is failing in most parts of the world.

Yet because of all of their connections, they still got a slot on SNL. As far as I’m concerned SNL is the best late night slot for a band, unlike Letterman or Fallon where there are 275+ episodes a year, SNL is only around 20 and each musical act gets 2 songs (unless you’re special like Springsteen or Pearl Jam who get 3). And rather than being honored to have a slot they don’t deserve and try to justify all of it, they tank it.

And of course there was the F-bomb no one cared about, because it wasn’t shocking, it reeked of desperation for attention, something they hoped would give them the indie cred they never earned, because the only cred they have ever gotten is what they tried to buy. This wasn’t Johnny Rotten cursing on the BBC which jumpstarted the Sex Pistols. This was a well educated prep school trust fund adult grasping at a straw. But there was no backlash, no FCC fervor, because even they don’t care about the Strokes.

And people may wonder, why do I even care about this? People will correctly (although unfortunately) point out that the local garage band from Paramus or Staten Island or even the Lower East Side wasn’t getting that press or the SNL gig anyway. So what does it matter? Well, it does because the less these kinds of bands like the Strokes get opportunity after opportunity without DELIVERING it does open up the chance for someone somewhere, it’s the butterfly theory, kind of.

Here’s another reason I feel I can speak against and really take to task these bands that keep cashing in the same chips and failing; it’s because my favorite artist lived it even more extreme and not only delivered on that, has continued to deliver over and over again.

The build up of Bruce Springsteen was as pressure filled as any artist has ever dealt with. His signing to Columbia records as well as being discovered by the guy who discovered Bob Dylan was hyped to the hilt. The press push by the label for the first album made him out to be the next Bob Dylan, which was interesting to say the least, since Bob Dylan was on the same label and was only 32 years old! I mean how can there be the next Bob Dylan, when the actual Bob Dylan still was prominent and ironically hadn’t even released what some consider his best album (Blood on the Tracks).

Obviously that tactic failed miserably and the label put zero support behind Springsteen’s second album. He was about to be dropped from his label, and unlike now you get dropped from a major label it’s spun as a badge of honor, back then it was the kiss of death. Springsteen’s management pulled out every single stop, talked the label into one last push, laid it all on the table, there was no reset button like the Strokes seem to always get, it all came down to the next album. The management played Time and Newsweek against each other and was able to get Bruce on the cover of both magazines the same week. This was back when people read magazines and there were less of them, so it had impact. There were no blogs, or facebook. It was magazines, radio and word of mouth, which because there were less options, made it more magnified, as every label, artist and manager sought the same valuable exposure, so when you hyped something and it failed you were done.

All of the chips were cashed in, everyone had gone for broke, there was no safety net, no trust fund money or pr machine to salvage it if went wrong.

We all know what happened, Springsteen delivered an album of a lifetime (Born to Run), that ironically some feel may not even be his best. He’s delivered time and time again, both on record and in concert. He didn’t become a novelty act playing greatest hits shows, nor did he pad his shows with opening acts to sell tix, just him and his band for 3 hours a night, doing songs that in most cases the casual fan doesn’t even know.

Some may not like Springsteen’s music or his politics or his persona, but you do need to respect what he does and how long he continues to do it and how he DELIVERED on the hype when all of the “chips” were cashed in.

So, hopefully that will explain and lend some credibility to why the Strokes are irrelevant until they DELIVER something, which we are still waiting for…. 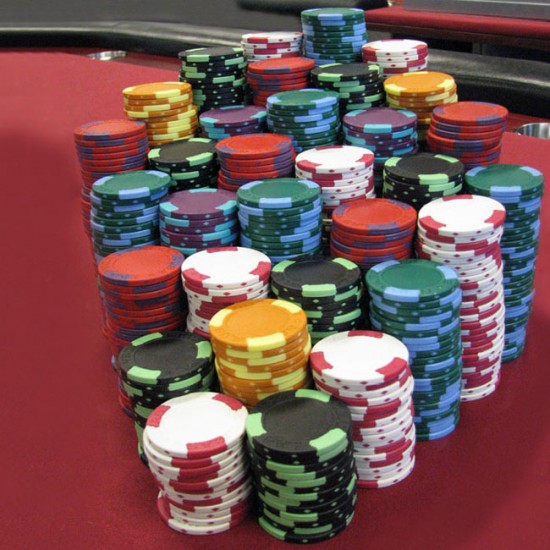