Out of all the high-priced sampled used on “Watch The Throne” it seems Jay-Z and Kanye forgot to give one OG artist due credit.

According The Hollywood Reporter, 1960s and ’70s hitmaker Syl Johnson claims West, Jay-Z, and their labels, UMG and Def Jam, used part of his song “Different Strokes” on “The Joy” and put it out this summer without permission, credit, or payment. In the complaint filed in Illinois federal court, Johnson says West had wanted to put the sample on his solo release My Beautiful Dark Twisted Fantasy but couldn’t get permission. Using the uncleared sample on one album after being unable to clear it for a prior album allegedly constitutes knowing and willful misappropriation.

Not that Hove and Yeezy don’t have the cash to pay it off or anything. In any case though, that shit cray. 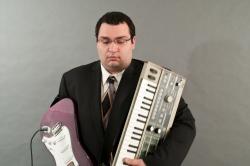