ANYTHING ANYTHING SHOW INFO AND COMPOSITE

Anything Anything is a music intensive free form show, averaging about 26 songs across two hours, occasionally there are guests.. the link below is a composite of some of the guests etc, the music has been cut down in length..

all of the playlists, articles and other info on the show is via the tabs on this site above

click this to hear an audio composite: anything anything composite

Sunday Nights have always been an important night in pop culture when it comes to TV and Radio. The Ed Sullivan Show, Larry Sanders, Sopranos, Sex and the City, the Simpsons, True Blood, Desperate Housewives. Curb your Enthusiasm, Mad Men, Vin Scelsa’s Idiot’s Delight, Rodney on the Roq, Little Steven’s Underground Garage, and Anything Anything with Rich Russo.

The audience is conditioned and expects something a little different and groundbreaking to either cap off their weekend or to kick start the new week.

Anything Anything is appointment radio.

Anything Anything with Rich Russo began on November 9, 2008 on WRXP-FM in New York as a 2 hour free form music show hosted by someone who had never been on the public airwaves before. After the sale and format switch of WRXP, the show was picked up by WXPK and WDHA. It also now airs on WRAT-FM (Monmouth-Ocean NJ) and the Gamut in the Washington DC and Baltimore areas, and on WLZX-FM (LAZER 99.3) in Springfield, MA

The show lives up to its title and plays anything, ranging from deep tracks of known artists, punk b-sides, bubblegum pop, the college band up the block and beyond. Any genre can pop up at any moment while not completely fitting in with the station’s playlist, it works. It also has been home to world premiere songs by Bruce Springsteen, Green Day, Pearl Jam, Tegan and Sara, FUN. and others. The show has also had numerous guests including Andrew WK, Joan Jett, Mike Ness of Social Distortion,Brandon Flowers of the Killers, Jim James of My Morning Jacket, The Buried Life, Darryl “DMC” McDaniels, Girl in a Coma, Little Steven Van Zandt, Alejandro Escovedo, Steel Train,The Bangles, Urge Overkill, The Smithereens, Jesse Malin, Paul Collins, Garland Jeffreys, Lucero, Jack Antonoff of Fun and Bleachers, Prima Donna, Photographer Danny Clinch and more.

Believing that radio is the most personal medium, Rich feels it’s important to meet as many listeners as possible, as well as using the power of the airwaves to help up and coming artists break.

Anything Anything was given an exclusive on Two Foxboro Hot Tubs (Green Day) shows to announce, promote and give away tickets. No other station or media entity was involved. A special anything anything live secret show was held to celebrate Alejandro Escovedo’s appearance on Letterman; it sold out immediately and was featured in a write up in Rolling Stone by David Fricke.  In 2010, the Anything Anything 2nd Anniversary Show was featured in the gossip pages of the Daily News (due to the appearance of Lady Gaga, Madonna and Joan Jett in attendance).

For Record store day 2010, a special limited edition of 500 copies of live performances from the Anything Anything radio show featuring all unsigned local acts, sold 468 copies in one day and was the 68th best selling album of the week in the NY Market. There was an Anything Anything bus tour visiting local record stores that day and received local tv coverage. 100% of the profits of the record went directly to the record stores. Rich’s early support of Record Store Day has played a big part in its continued growth and success as well as the resurgence of Vinyl. The week prior to Record Store Day, Rich spins exclusive Record Store Day tracks by major artists that no other station, blog or media outlet will have access to until after Record Store Day.

The 6th Anniversary Parties were headlined by Joan Jett and the Blackhearts at the Count Basie Theatre in Red Bank in October 2014 and by Social Distortion in September 2014 at Starland Ballroom, both shows were sold out.

Rich served as the emcee and host of the 2014 Little Kids Rock Gala, which featured performances by Alice Cooper, Cheap Trick, Joan Jett, Billie Joe Armstrong of Green Day, Brody Dalle and others.

Rich has also been the host and emcee of the annual Light of Day Main event in Asbury Park, where he has brought Bruce Springsteen on stage on multiple occasions.

Via the tabs of this site you can see playlists as well as articles about the show. 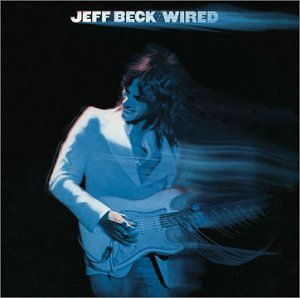