The Sopranos’ Vincent Pastore live at the RXP Studio.

On Sunday August 1st, The Sopranos star Vincent “Big Pussy” Pastore joined Rich and Greg Russ live in studio. After discussing Marky Ramone’s PAS-TA sauce (and even trying some!) Vinny got to promoting his upcoming Big Pussy’s Funhouse Show which will be held on October 10th, 2010.

While he was in studio, photographer David Giordano was able to capture some moments. Also in studio were Noble Media’s Alicia Gelernt, Dog and Pony Show’s Chris Olivieri, The Bobman, and our very own Pumpkin.

Check out the photos below:

On July 21st 2010, “Anything, Anything” hosted Alejandro Escovedo at the Bowery Electric in New York City. The event which was written up in Rolling Stone Magazine was completely sold out.

In his post to RollingStone.com, editor David Fricke had this to say:

The rock and camaraderie of Alejandro Escovedo’s July 21st show at Bowery Electric in New York, a half-block north of what used to be CBGB, would have been right at home in that old gone room. Escovedo, who had taped an appearance on Late Show With David Letterman earlier in the day, was promoting his new album, Street Songs of Love, backed by his current road group the Sensitive Boys. The concert was presented by “Anything, Anything,” a weekly free-form program on New York’s WRXP. (The show, hosted by Rich Russo, airs Sundays at 9 p.m.)

Via Rolling Stone — Read the whole article by David Fricke

Photographer David Giordano took some exclusive photos for RichRusso.net which you can check out below! 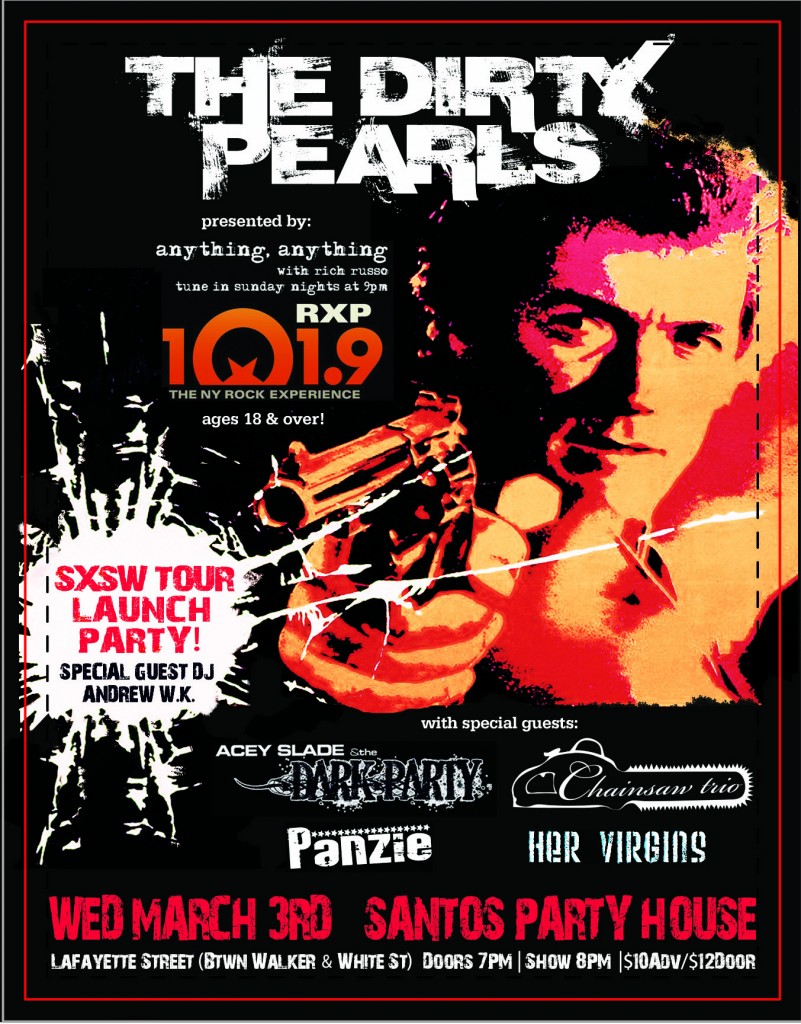